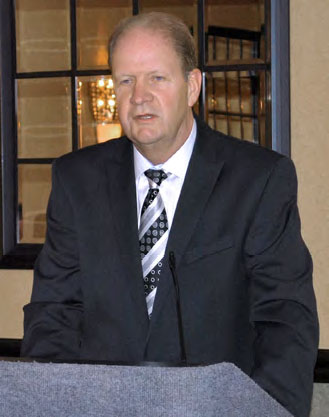 MCAA President Mac Lynch addressed the MCA of New Jersey’s Annual Board of Directors Meeting on June 19, sharing construction and service trends from around the country. The following day, he visited the current World Trade Center construction site with William Albanese, Sr., chairman of MCAA’s Government Affairs Committee and general manager of A & A Industrial Piping, which has three jobs at the site. They were joined by MCA of New Jersey Executive Director Alan P O’Shea. That evening, Mac spoke at the association’s Annual Membership Meeting, highlighting New Jersey’s participation on the MCAA Board and a number of MCAA committees as well as the various programs and offerings that MCAA has to benefi t its members.

During the meeting, Robert B Snyder, Jr., executive vice president of Binsky & Snyder, LLC, was elected the association’s new president. He succeeds Frank N. Hughes, the organization’s immediate past president.